The farm's rural buildings date back to the early 900s, when the area was a tobacco plantation also dedicated to cattle breeding. Before restoration many of these structures were in ruins. A photo of the time portrays one of the largest buildings when it used to host the peasants and their families. Later abandoned and in complete decay, it was reconstructed and brought back to life and now 16 rooms, each different and individually furnished mixing vintage and country style pieces, are available for the farm's agritourism. The community was like a hamlet, with its elementary school and a small church, the oldest building of the site. After a long and accurate reconstruction the church was restored but not consecrated again, while the annexed sacristy became the manor house. The property counts several barns and storage buildings and one of them hosts the cheese making facility, where meat is also processed and sold. Here people can buy the farm's produce and sit to taste organic cheeses and salami sipping a glass of wine. The only ex novo architectural structures of contemporary style introduced by restoration are three solar chimneys in the big multifunctional hall, a former large stable. 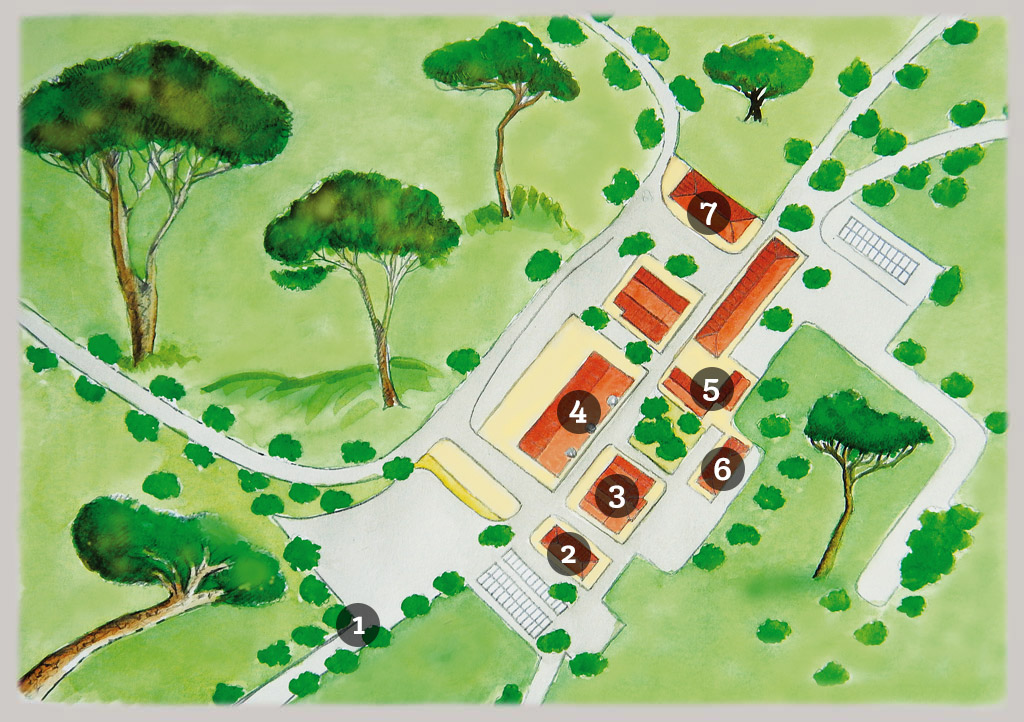